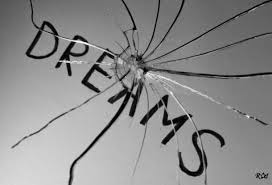 A couple of months ago, I had the astounding pleasure to hear author James McGrath Morris (Pulitzer: A Life in Politics, Print, and Power; Harper Perennial, 2011; The Rose Man of Sing Sing; Fordham University Press, 2005) speak at St. John’s College, in Santa Fe, New Mexico. His personable, humorous, and highly informed presentation included up-to-date information on the current state of publishing. Here are a few of the random tidbits that raised a few readers’ eyebrows:

END_OF_DOCUMENT_TOKEN_TO_BE_REPLACED

Just like writers are told they should network, the same holds true for book editors. But in the same way that writers can be introverts, so can editors. (Okay, so I used to model and appear on television back in the day, but believe it or not, I can still be an introvert when it comes to networking.) So, I am going to pry myself away from the keyboard and start attending writers’ conferences and editors’ conferences.

Why Attend a Writers’ Conference?

Writers’ conferences serve many purposes. They provide a chance to meet influential people–read: those with the power to represent you or publish you. Many even offer pitch sessions, which are the opportunity to meet one-on-one with an agent. Many writers have landed book deals from an agent they met at a writers’ conference. Classes are offered, which provide the opportunity to brush up on those skills. Want to improve character development? Nuances of dialogue? Interviewing essentials? And let’s not forget that writing conferences are fun. You will meet other writers just like you, at all stages of their career. You might even make a lifelong friend.

Okay, so I entered the copyediting punctuation contest, and I didn’t win. The rules were to come up with one to three sentences where each sentence had a punctuation pun. You had to put brackets around the “pun” part. Mine was:

“Bring the [coal in] from the garage,” my sister said. I brought fifty briquettes in and said, with a [bold face], “Look how many I found!”
“Capital!” she exclaimed.

For real editing geeks (who are sure to “get” this one), I originally wrote:

Bring the [coal, Lynn] from the garage,” my sister said. Shivering, I brought three briquettes in and said, with a [bold face], “This was all we had.” When she asked if I was sure, I said, “[Uh, positive.]”

Darn,  I was hoping to win. Next year?

Authors need editors. Editors need authors. I have a vested interest in superb author-editor communication. Let me just say: I love my authors. I wouldn’t have a career without them. I get a thrill every time I approach a new project.

So, my first piece of advice to authors and writers? Have an open mind. This means that if an editor tells you that your story would benefit from a different point of view, or that the three paragraphs you wrote to describe the meal your protagonist had for breakfast should be deleted, consider that you might be too close to the work to see it at its potential best. The choice is always yours to choose or reject an edit, but if you’ve hired a good editor, she knows what works and what doesn’t. Did you know that the comma is one of the most controversial punctuation marks? This means that even the geekiest grammar Nazis at the Chicago Manual of Style will occasionally disagree on this cute little curlicue. What this means for the author is that you might wonder why we inserted a comma in one place but not another. Most book editors use the rules set forth in the Chicago Manual of Style. (For articles, we might defer to the Associated Press Stylebook.) We use this in conjunction with Merriam-Webster. For issues covered in neither, we make our own editorial decision. There’s a reason the comma warrants an enormous number of pages in style guides. So, trust that your editor knows what he’s doing. Although hard and fast rules certainly apply to most areas of grammar, gray areas still abound. Chicago often defers to what they call “editorial judgment.”